Algae: the resources of the future

Algae: the resources of the future

Algae form the fundamental component of food chains in global ecosystems. They hold a lot of resources and are fast becoming the go-to commodity for a sustainable future.

Microalgae are of significant impact and need to be nurtured and further cultivated. There are multiple uses for the omega-3 fatty acid you can extract. It can serve as food for zooplankton, which fish larvae eat on commercial farms. Omega-3-fatty acids are also present in margarine, eggs, medicines, and cosmetics.

That’s what makes algae so valuable. They are precious yet affordable. They are indispensable and to be treasured. In this article, we’ll highlight some of the more popular varieties of microalgae strains that have become part of our ecosystem here at Lgem.

Lgem isn’t an algae producer but designs and develops reliable and innovative systems to cultivate any algae, even the most fragile ones. Why? Because we believe cultivating these precious sources can be done better, more accessible, and affordable.

Our innovative microalgae cultivation systems are intuitive, require low labour intensity and can do with little energy consumption. They are highly scalable to boot. You can read about our products here. Now, we’d like to focus on the real stars of our industry at the heart of our daily endeavours: let’s talk algae!

The world of microalgae

We have over 16 years of hands-on experience building innovative installations for the Nannochloropsis, Chlorella, Spirulina and many other species of algae. A solid basis of knowledge, development and innovative design puts Lgem at the very forefront of this market. But what is it about those particular strains that make them so unique? Let’s first zoom out a bit and focus on microalgae as a whole.

Microalgae are a vast group of equally diverse microorganisms found in marine and terrestrial environments – which is to say, both in water and on land – including lakes, ponds and fresh and brackish water. They are typically single-celled, photosynthetic organisms. We’re seeing a massive increase of commercial use of microalgae over the past decade, thanks to their high amounts of protein, vitamins, minerals and the essential fatty acids known as omega-3s. We’ve already mentioned some of the more common uses in the introduction. Other applications besides sources of nutrients and chemicals for animal feed and aquaculture include colourings and flavourings, waste pollutant remediation, biofuels, and bioenergy. The exact designation for all those valuable nutrients and beneficial chemicals depends on the characteristics and compositions of the various species and strains, of which there are thousands and thousands. We’ll address 8 of them here.

Arthrospira platensis is commonly known (commercially) as Spirulina and is widely cultivated as a food source and nutritional supplement because it contains essential amino acids. It is also rich in protein. Spirulina has as much as three times the protein you’ll find in beef. At the same time, a single spoon of Spirulina powder holds a nice dose of everything from vitamin A and B to iron, calcium, magnesium and potassium.

As you can imagine, it’s quite a popular strain in the meat alternatives field, where algae’s nutritional benefits are well known – and where we see many advancements. For instance, an Israeli start-up has recently discovered a red alga that mimics the red juices of (meat-based) burgers and steaks, which it is now adding to plant-based meats.

Spirulina and Chlorella are among the most popular algae supplements on the market. While Spirulina is a saltwater alga, Chlorella is a freshwater alga that includes the strains of Chlorella vulgaris, Chlorella luteoviridis and Chlorella sorokiniana – all of whom are superfoods due to being rich in amino acids, chlorophyll and dietary fibre.

They are well known for their detox properties and immune-boosting effect. From the PBR to a suitable food supplement, the Chlorella is harvested into a paste, then dried and milled into a fine powder to be sold in shops or processed into capsules and tablets.

Nannochloropsis is a genus of algae comprising six species in marine environments and fresh and brackish water. The genus is a very promising alga for various uses due to its high levels of fatty acids and the relative ease of genetic manipulation. Two popular strains are Nannochloropsis gaditana and Nannochloropsis oculata. The former is often referred to as marine phytoplankton, a good source of fatty acids and carotenoid pigments. The latter has comparable applications for nutritional supplement and biofuel.

The strain of Pavlova algae thanks its name to Anna Pavlova due to the shape of its cell. Pavlova was a Russian ballerina, the most celebrated dancer of her time. The algae that carry her name is most known for its high percentage of omega-3, long-chain polyunsaturated and DHA fatty acids. It helps the body combat oxidative stress, which also makes it a great ally against environmental pollution. As it happens, it’s also very effective in reducing blackheads and evening out skin tone, two of its applications in cosmetics.

We’ve known about the virtues of algae for a while now. We’ve been specializing in the development of patented photobioreactors for the cultivation of microalgae for 16 years. Let us show you in our cutting-edge AlgaeHUB® facility.

Chlamydomonas is a green alga found in soil, ponds and ditches, where it can become so abundant it will colour even the freshest water green. Chlamydomonas has served as a useful experimental system for over half a century for genetics research on a wide range of fundamental biological processes. The strain of Chlamydomonas nivalis we’ve additionally singled out here contains a red pigment known as hematochrome, a mixture of carotenoid pigments, which can impart a red colour, especially when exposed to intense light.

Dunaliella salina is a Chlorophyceae strain that is exceptionally salt-tolerant. Very few organisms can come in contact with the amount of salt it can withstand and still survive. There is a large amount of production for Dunaliella as a source of beta-carotene, a precursor for – among others – Vitamin A.

Dunaliella has lower productivity of beta-carotene. Still, through cultivation in photobioreactors, yields can increase substantially. It is also of commercial interest as a source of anti-oxidant and colouring found in nutritional supplements and cosmetics.

Euglena is a type of alga with both plant and animal characteristics that offers dozens of nutrients often found in fish and vitamins and minerals usually present in vegetables. Euglena stores its stock in a paramylon, a specialized complex carbohydrate which enables the alga to survive in low-light conditions. Euglena can also be found in powdered form as an ingredient in food thanks to its vitamins, minerals and omega-3 acids, most notably docosahexaenoic. The taste of powdered Euglena is comparable to dried sardines.

The genus Haematococcus was discovered over 175 years ago but is still relatively unknown outside the field of phycology, the study of algae. Most species are typified by a blood-red or pink colour. The red colour results from the ketocarotenoid astaxanthin, which helps the alga from drying out. Astaxanthin is active all over the body (from eyes, muscles and skin to major organs like the heart, liver and kidneys).
Haematococcus is used in cosmetics, nutraceuticals and the food industry thanks to its production of the aforementioned astaxanthin, which helps to counteract ageing processes through oxidative stress and inflammation. 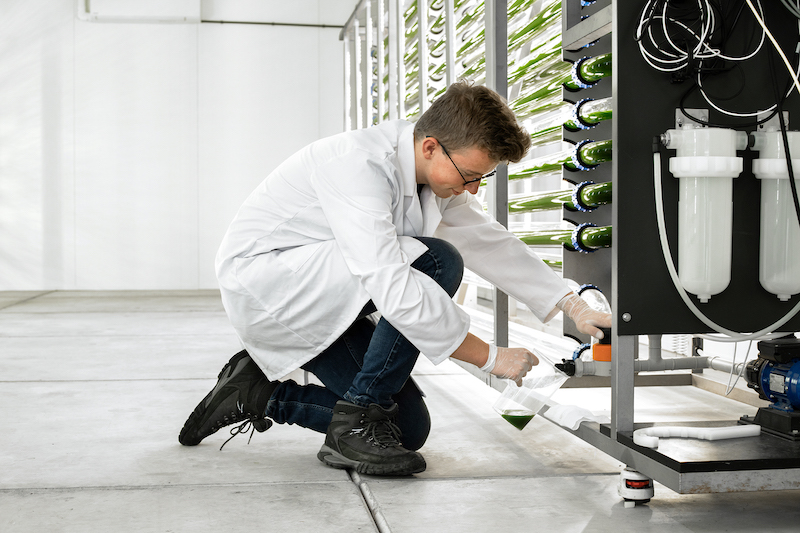 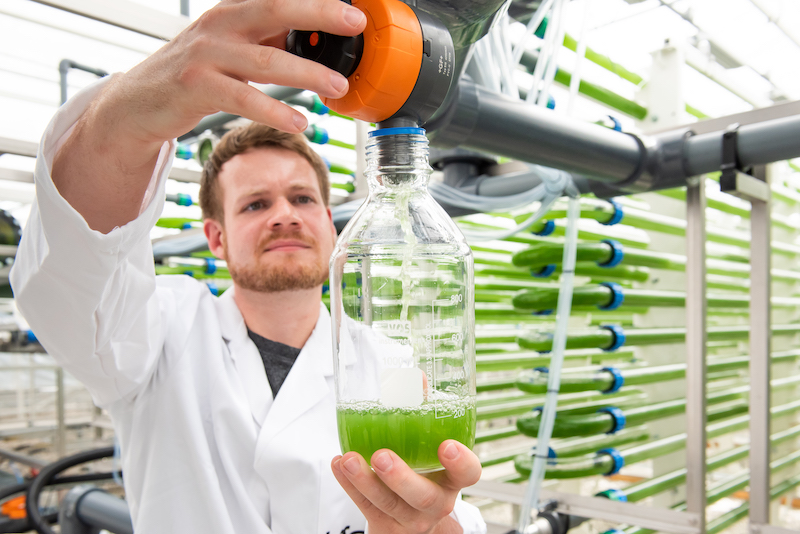 Derisking with the AlgaeHUB – Start today! 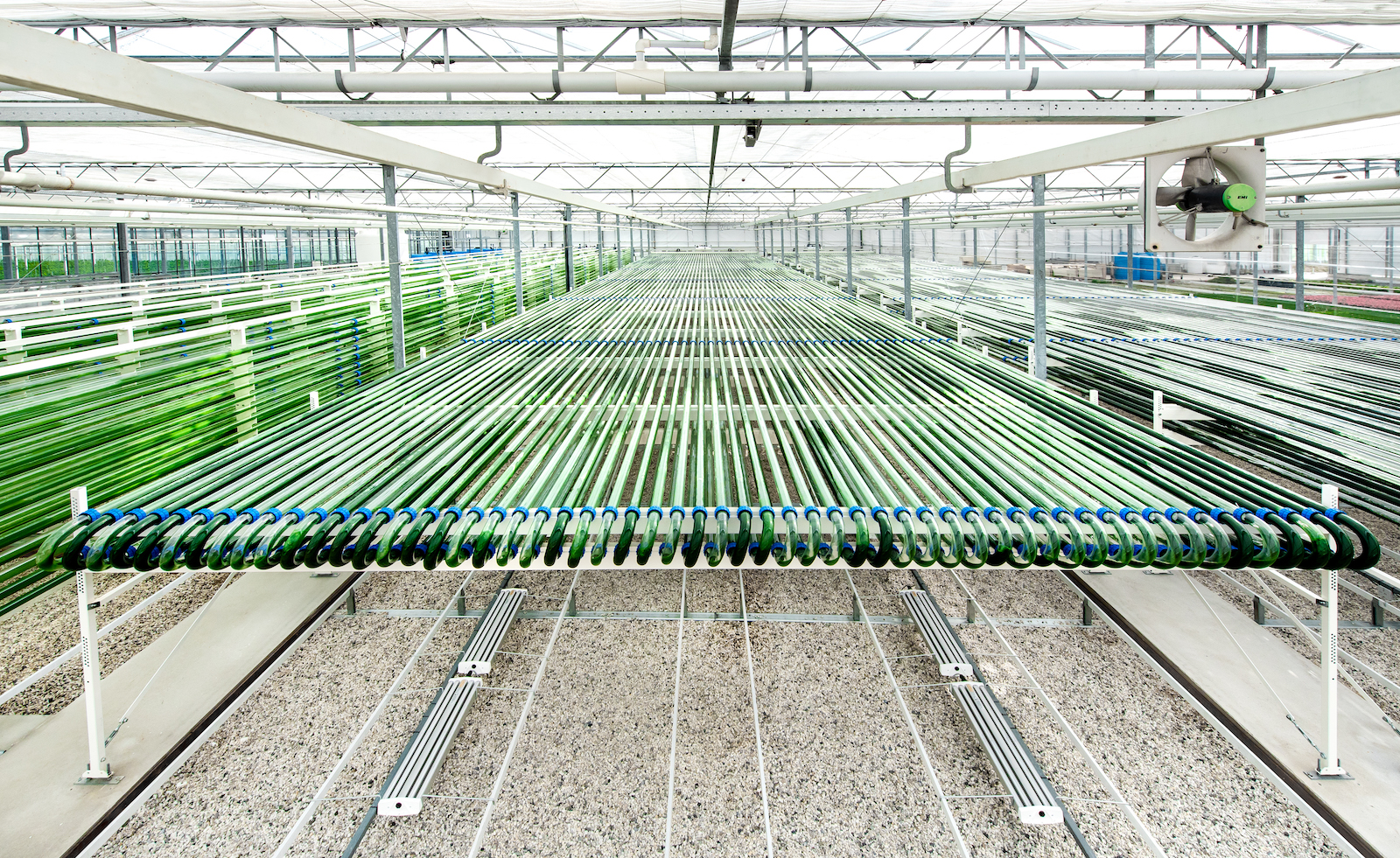 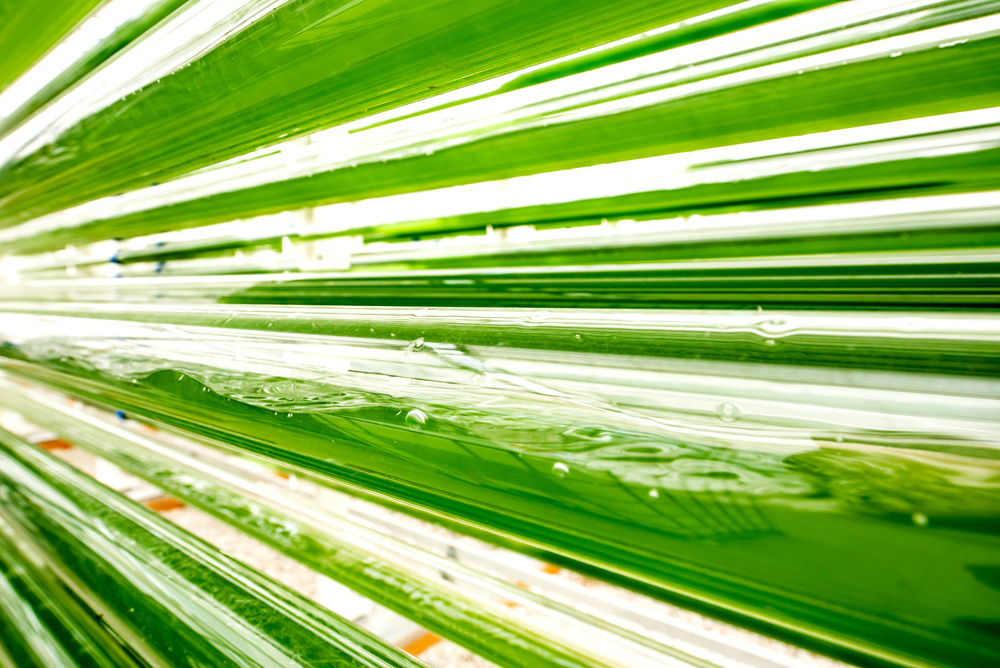 Lgem is able to deliver world-wide algea solutions to any scale.

Reliable systems for growing algae at any scale.

Reliable systems for growing algae at any scale.